Scientists Peeling Back the Power in Petioles of Grapevines

Home » Scientists Peeling Back the Power in Petioles of Grapevines 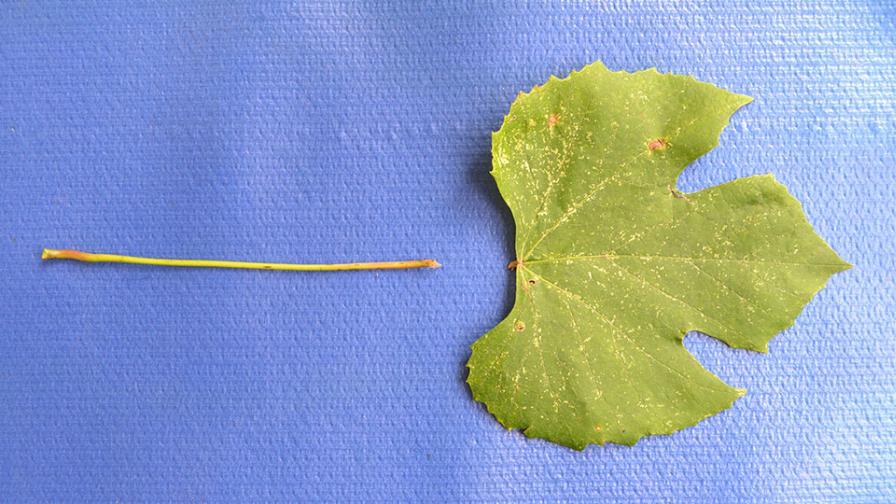 Grape growers in the Eastern U.S. should focus on petioles rather than leaf blades when performing tissue analysis, says Imed Dami, OSU Professor of Viticulture, Horticulture, and Crop Science. This is primarily due to a lack of historical data for nutrient range recommendations of leaf blade tissue in the region.

Growers who observe leaf symptoms and suspect nutrient deficiency should collect petiole samples from both vines showing leaf symptoms and from healthy asymptomatic vines, the college advises. The two samples should be sent and analyzed separately for comparison purposes. This will allow growers to diagnose whether the problem is related to the vine nutrient status.

Petiole sampling can be performed during full bloom, when approximately 50% to 80% of flower caps have fallen. Growers should sample petioles from leaves that are opposite to inflorescences. For general vine nutrient assessment, bloom time sampling is not recommended due to the frequent changes in tissue nutrient concentrations. However, bloom time sampling may be useful as a follow-up to nutrient adjustments during the previous season.

Another petiole sampling can occur during veraison, which corresponds to 70 to 100 days following bloom (mid-July to mid-August). This is the ideal time for routine petiole sampling due to the increased stability of nutrient concentrations relative to earlier in the season during bloom, Dami says. For example, veraison sampling gives a better measure of K levels, which are especially critical for wine grapes since they are related to wine quality.

“When we do the veraison petiole sampling, we do it from the top of the canopy,” Dami says. “Typically, we do maybe six or eight leaves down from the shoot tip. And basically, we collect the petioles from the mature leaves that are healthy. We collect between 50 to 80 petioles from different vines for each variety.”

Growers who grow more than one variety should sample each variety separately. It is unnecessary to sample non-bearing vines unless foliar symptoms are observed. Tissue analysis should begin when vines are producing — often the third year — and repeat every year until yields are stable and yearly fertilizer needs are determined. For mature vines, tissue analysis is done annually or every other year.

The following labs perform tissue analysis for a fee. Results will show the level of all nutrients while describing them as being “adequate,” “deficient,” or “excessive”:

Striving to illustrate the economic and environmental benefits that grape growing provide.

END_OF_DOCUMENT_TOKEN_TO_BE_REPLACED

Connect with other MGGA members in our new online forum and join the discussions.